DEWD! we should totally create a guild!

Hello everyone , thats right, we've been talking a lot about this pvp tournament and it is finally happening.
I wanted to start this by apologising to everyone for not being the most present leader lately.
So in order to make it up to you and to make my officers work harder we are really organizing some pvp tournaments.

People have been asking me a lot of question about how it will work, what are the rules and so on.
For now it will be a 1vs1 tournament but soon we will move to bigger teams and who knows actually bgs on our own server.

So here is a FAQ about it.

Where will it be ?
This tournament will be on test server.

Who can participate?
Only people inside the guild can actually subscribe to it.

when will it be?
This tournaments (yes it will be more than one) will be during weekends. We will do now the first one, then you guys will give your opinion if we should do it more often or not, if it was fun and if its worth the time.

How can i make registration?
You just need to write an email with the name of your character on test server and the class you will be playing and dont forget to add 100gold to your register.

What will the money be used on ?
All the money gathered on registrations will go for the 3 winners of that same tournament.

All players that participate on the tournament will win 30DKP in addition to this.

The winner in 1st place will be the last one to fight during the second tournament allowing him to win the second prize as well.

What is allowed?
All the gear available on gc and on test server is allowed. Take your time to choose it carefully. this includes gear from even ICC.
All gear , enchants and professions are allowed as so all reputations, tabbards etc.

You are not allowed to use anything that will make you have advantages over your opponent such has for example speed increase. All players caught with this things will be excluded from tournaments during 5weeks including also 1 demotion in guild rank.

Players who mock others , who make fun of them and are not friendly will lose -500dkp and also 1 demotion on guild rank.

Is specc change allowed?
Yes but only before each match. You cannot change your specc during one match.

How do i win a match?
One match is composed by 3 duels. In order to win a match you need to win 2 of those 3 duels. In case of 2 ties, we will extend the number of fights on the match.

Is it allowed to bet on the winners?
Yes. You can only make a bet before each tournament about the 1st winner. You cannot bet who will win the second or third prize, for obvious reasons.

The money raised during bets will go for guildvault to help buying flasks and fish feasts for future guildraids.

Any questions you might have please reply and i will answer them on this post as soon as i see them.
Good luck and have fun

yeah peeps! participate =D
Even if you suck on it doesnt matter =D its a good way to keep us entertained and who knows to practice *-* 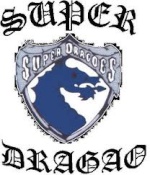 i cant go during weekends...